We remain dedicated to adhere to COVID-19 protocols, Click Here for more info.
(415) 409-1002
ON DEMAND Delivery 30-45 Minutes
FULL MENU Delivery By Appointment
How Cannabis Helps Some Ukrainians Persist Amid War 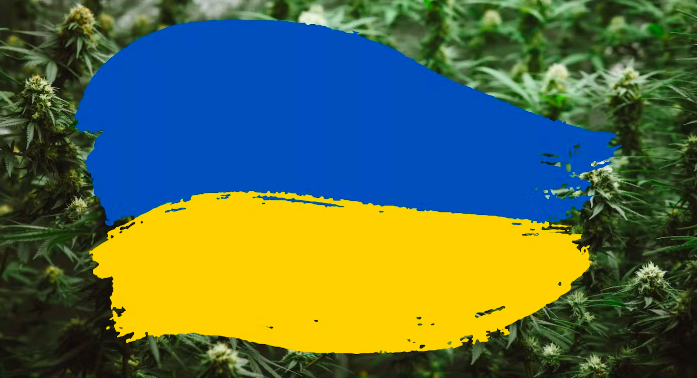 Tia Moskalenko is a 28-year-old Ukrainian woman and cannabis professional living in Kyiv, Ukraine, where she works as the communications manager for the platform, AskGrowers.

AskGrowers strives to provide detailed information and education about brands, manufacturers, and growers for consumers.

Moskalenko is like many people in the cannabis industry – working to provide accurate, reliable information about a plant she believes in.

But since early 2022, Moskalenko has had a front-row seat to a category of hardship that some may not be familiar with — the conflict between Russia and Ukraine.

Since February 24, 2022, Ukraine has been defending itself from Russia, its neighbor to the north and east, and unfortunately, the intensity has only increased in the months since. And though nearly eight million Ukrainians have immigrated to other places to find a greater sense of safety, some, such as Moskalenko, have chosen to stay and bear witness to the realities of war as they unfold.

Moskalenko sat down with Leafly to discuss life in Ukraine in 2022 and the past and future of cannabis in her country.

The perception of cannabis in Ukraine

“The popularity of cannabis in Ukraine happened a long time before the war started,” Moskalenko says. “But I think the war is one of the reasons that people are turning to cannabis … we all believe that cannabis helps with PTSD, as well as some other mental [health] disorders.”

Though Moskalenko is careful to be clear that cannabis may not help with every disorder, she’s confident in her knowledge of how cannabis can provide relief to herself and those around her.

“It helps you to relax, to forget about everything bad that’s going on,” she said.

And when it comes to living in wartime, relaxation is no small matter. Moskalenko speaks of how just hours before the interview began, the sound of nearby shellings had startled and woken her and her partner just that morning.

“For a moment, I thought that was my last seconds of life,” Moskalenko said with a humorless laugh. “We really heard the rocket near our home, and it was like, okay, that might hit our house right now, our building. Even my cats were shocked.”

She continued, “So at that moment, you think, Jesus, you need to relax at least somehow. It really ruins the whole day. It really ruins all your work because you can’t think about work when something like this is going on. You need to [be able to] run away to the shelters.”

Moskalenko discussed how Ukrainians currently live in a constant state of fight or flight and how that impacts the nervous system. She believes cannabis “plays one of the [most] important roles right now in human lives,” noting that she only means this for the people not actively fighting.

Ukrainians, both soldiers and civilians, are a nation of people at risk of developing PTSD every day as they cope with the invasion of their country. Combat exposure is one of the leading causes of PTSD, and without treatment and management, the condition can go on to severely disrupt a person’s quality of life.

In many studies, cannabis has effectively helped to relieve the symptoms of PTSD. And combined with proper treatment plans, cannabis has the potential to help some people regain a sense of control and normalcy in their lives.

“You can always find a friend who’s growing pot. You can call him and say, ‘Hey man, I need some relaxation. Can you help me out?’” says Moskalenko. “The cannabis society here in Ukraine is really kind and always happy to help you.”

“As a nation, we are really talented people. I’m really sad that the world didn’t know a lot about Ukraine before the invasion started,” Moskalenko continues earnestly. “People have started to understand that we have great IT here, and we have a chance in the future to show we can grow cannabis because a lot of people [in Ukraine] do know how to grow it properly.”

Moskalenko believes that Ukraine will see legalization in the not-too-distant future. In fact, Ukraine has been actively pursuing the idea for a while now, with top political officials in favor of the idea. However, Moskalenko explains the hurdles that have delayed the movement.

First, COVID-19, and now, the war and electricity shortages have caused major disruptions across the country.

Proclaiming a free and prosperous future

“After the war and the reconstruction of our country, the whole world will see that we cannot only fight for our freedom but that we are really talented from different angles; and we will have more friends,” Moskalenko says with pride about Ukraine’s global position and future.

Her optimism is invigorating and just a small example of Ukraine’s overall perseverance and determination. It is easy to imagine how Ukraine could channel that energy into becoming one of the global leaders in cannabis in the future.

Despite the struggles brought on by the ongoing Ukraine-Russia conflict, Moskalenko remains hopeful that in the future, cannabis will play a critical role in Ukraine’s recovery from the war’s impact.

For now, its people bravely persist in their quest for freedom.