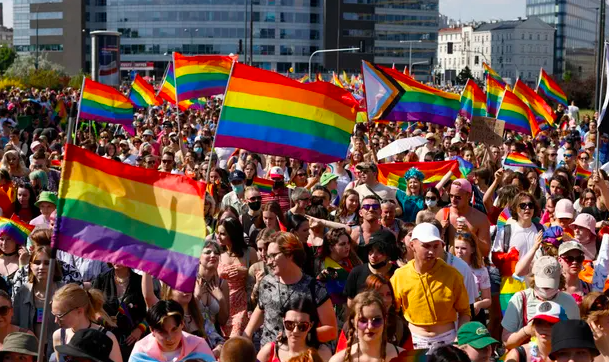 San Francisco Pride is a world leader in the global Pride movement and a part of the fabric of Pride events around the globe.

They use their Celebration, Parade, and other events to educate, commemorate, and continue the struggle for true liberation — as well as to raise much-needed money for fellow non-profits across the Bay Area.

Pride is an entire celebration dedicated to the uplifting of LGBTQ voices, celebration of LGBTQ culture and the support of LGBTQ rights.

Throughout the month of June, nationwide, there have traditionally been parades, protests, drag performances, live theater and memorials and celebrations of life for members of the community who lost their lives to HIV/AIDS. It is part political activism, part celebration of all the LGBTQ community has achieved over the years.

Pride is celebrated in June to coincide with the catalyst of the Gay Liberation Movement that was the Stonewall Uprising. In the early morning hours of June 28, 1969, police raided a popular gay bar in N.Y.C.’s West Village, The Stonewall Inn. This was commonplace for the time, but on this particular evening, the patrons of the bar fought back, starting the Stonewall Riots, which went on for days.

The Stonewall Inn was declared a historic landmark by the city of New York in 2015 and later named a national monument by President Barack Obama in 2016.

This June is the 52nd anniversary of the first Pride parade, which happened in 1970, one year after the uprising.

Marsha P. Johnson is often credited with throwing the first punch at the Stonewall Inn (though there are many prominent figures who are also rumored to have done so).

She was a Black trans woman celebrating her 25th birthday at the time of the riots and a tour de force in the gay community. She died in 1992 at just 46 years old after police found her body in the Hudson River — her death was initially ruled a suicide, despite friends and loved ones insisting that could not be the case. 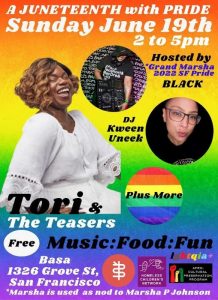 This year, we’ve partnered with Black, the Grand Marsha of SF Pride 2022, to kick off Pride Week.

Join us this Sunday, June 19th, for an afternoon of music, food, fun and cannabis!